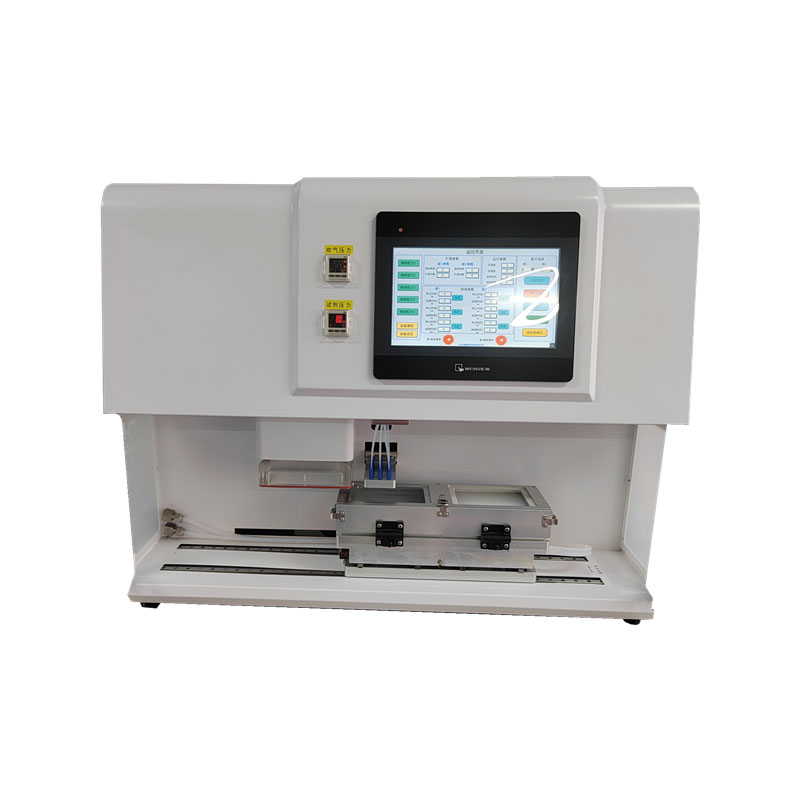 The fully automated liquid purification equipment allows for the quantitative transfer of different liquids. Liquids are blown or aspirated through the synthesis or C18 purification columns. The integrated design, the single-axis control system and the convenient human-machine interface enable fully automatic control of the equipment.


Send email to us

1. Gel Electrophoresis Chromatography Purification
Use denaturing polyacrylamide gel electrophoresis chromatography for purification. The denaturing agent is generally 4M formamide or 7M urea, the concentration of acrylamide is between 5-15%, and the proportion of methacrylamide is mainly between 2-10%.
After electrophoresis, the position of the nucleic acid band needs to be determined under the irradiation of ultraviolet light, the gel containing the target nucleic acid is cut off, the nucleic acid is smashed and leached, and then the leaching solution is concentrated, desalted, quantified and lyophilized.

2. DMT-On, HPLC Purification
Choose the DMT-On mode during the synthesis, the crude product was centrifuged and concentrated at room temperature to remove excess ammonia after the aminolysis.
Separation was performed using a C18 column with acetonitrile and 10% triethylamine-acetic acid (TEAA) as the eluent. After the elution is completed, it is concentrated, and then the DMT group is removed with trifluoroacetic acid. After neutralization, some salts and small molecules are removed through a cut-off tube, and finally desalted.

This method can obtain a product with higher purity, but it is necessary to pay attention to the occurrence of depurination.

3. DMT-Off, HPLC Purification
Choose the DMT-Off during the synthesis, and the crude product was centrifuged and concentrated at room temperature to remove excess ammonia after ammonolysis.
Separation was carried out using a C18 column with acetonitrile and 10% triethylamine-acetic acid in water as eluent. After the separation is completed and quantified, the aliquots are lyophilized.

Write your message here and send it to us